Been there, done that 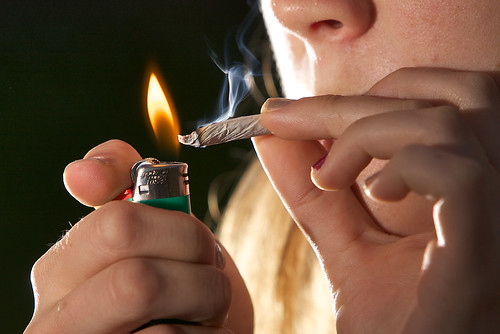 Sandra P. is a 2nd year student at CSUCI majoring in Communications. This was written in April 2015.

People that smoke weed feel they need it because it is some type of medicine for some type of medical condition they have. I believe this to be false, being under the influence of marijuana doesn’t cure anything, and all it does is distract your mind from whatever problems or feelings one is having.

I’ve been there, done that, I used to believe that smoking weed made everything okay when dealing with personal situations, when in fact it made them worse. A year and a half of my life is a haze because I can’t seem to remember what when on, what I learned at school, why some friends aren’t friends anymore.

The “need” for marijuana is an excuse to run away from situations/feelings/etc because one isn’t brave enough to face them head on. I know people who make things up just to go back to smoking. They claim they have to smoke because their day will not go on. I’ve known relationships that failed because one was always in the clouds while the other was trying to be a good partner.

This belief is being introduced to younger kids every day, yet nothing is being done at a younger age because some adults claim “they’re too young to understand”. They really aren’t.

Kids now are being influenced by the older generations because they hear an older brother or sister claim it’s a habit of necessity. It isn’t the kids fault for being curious, most of the fault lands on the adults such as teachers and parents, because they don’t take time to explain why something shouldn’t be done. Yeah, sure Red Ribbon Week is cool but why not implement something more effective?

Why can’t parents be brave enough to confront their kids and be parents? Sometimes all it takes is a small conversation to explain why something shouldn’t be done, and find possible alternatives to face those situations and feelings.