Raise awareness before the tragedy occurs

May 14, 2014 2:00 pm Published by Anonymous Comments Off on Raise awareness before the tragedy occurs 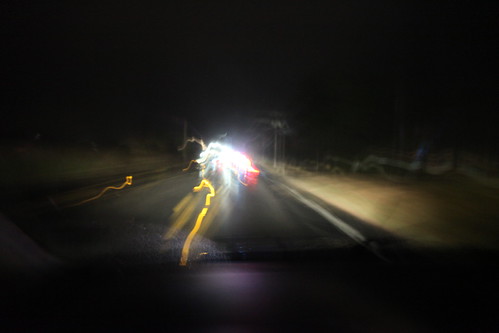 This essay was written a young adult who lives in Ventura County.

On December 6th, 2013 a drunk driver struck a girl, who was very much loved by the Santa Barbara community, while crossing a street. Five days later, she lost the fight of her life and succumbed to her injuries. A life cut very short by such a careless act.

While I did not know her half as well as some of my friends knew her, seeing someone first hand be a victim of drunk driving really puts things into perspective for me. Prior to this tragic event, I’ll admit it; I did not think twice about getting behind the wheel after having a drink or two. I thought, “I’m fine, I’m not even that buzzed”. Well, what if being “not that buzzed” was just enough to lose control of the car and rear end the person in front of me? Or, similar to what happened on December 6th, what if being “not that buzzed” was just enough to lower my reaction time just enough to not hit the brakes in time and hit someone crossing the street? Both could potentially ruin (or end) my life or someone else’s life.

Why did something so tragic have to happen right in front of my eyes to realize that having anything to drink at all can put yourself and others in danger? It shouldn’t have to take losing someone’s life to put the dangers of drunk driving into perspective. How can we change this?

With that being said, an idea that I have that could bring more awareness to the dangers of drinking and driving could be a required DUI course prior to getting your driver’s license. Now, before you all snicker at this, hear me out… the course wouldn’t cost you anything (in my hypothetical dream world, of course) and you wouldn’t have to attend an actual classroom. It would be similar to the online traffic schools that are already out there on the Internet (not that I’ve ever received a ticket and had to take traffic school before, no…). Prior to taking your written and driving tests, those who are attempting to get their license should be required to take (and pass) an online DUI course. This course would provide information on DUI statistics, legal restrictions regarding drinking and driving, consequences (legal and financial), and most importantly, the effects a DUI can have on yourself, those close to you, as well as your community. The course would include readings, as well as videos, and a minimum score in order to pass before you can even attempt the regular written and driving tests.

I feel as though students who get their licenses are so wrapped up in the thought of finally gaining their independence with being able to drive that they forget about some very real dangers out there. With this (hypothetical) program, more awareness could be brought to everyone.